Until the great mass of the people shall be filled with the sense of responsibility for each other's welfare, social justice can never be attained.
- Helen Keller 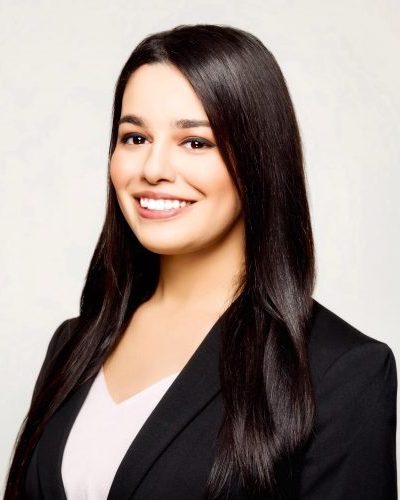 Meredith Taylor Brown (she/her) is a Staff Attorney in the Lesbian, Gay, Bisexual, Transgender, Queer and HIV (“LGBTQ”) Project at the National Headquarters of the American Civil Liberties Union (“ACLU”) in New York City. Taylor litigates civil rights lawsuits across the country, to defend and expand the civil rights and liberties of LGBTQ+ people and all people living with HIV. She is also actively engaged in federal and state policy advocacy and stakeholder engagement.

Taylor is a proud first-generation college student and first-generation law student. She is an openly Black transgender woman who has survived violence related to her transgender status, poverty, housing instability, her father’s incarceration and healthcare discrimination, to become a leader in the newest wave of the fight for the full recognition of civil rights and liberties for LGBTQ+ people and people living with HIV.

Taylor is originally from Morganton, NC. She attended the University of North Carolina at Chapel Hill as a Carolina Covenant Scholar. Taylor then attended the Benjamin N. Cardozo School of Law as an E. Nathaniel Gates Scholar. During law school, Taylor completed fellowships at the National LGBTQ Task Force (“Task Force”) and the Georgia Resource Center (“GRC”). At the Task Force, Taylor assisted with federal healthcare policy advocacy for transgender people and co-wrote the first of its kind, the National Transgender Mental Health Survey, and the “Queering Reproductive Justice: A Toolkit.” At the Georgia Resource Center, Taylor assisted with federal appellate habeas litigation for indigent Georgians, sentenced to death.

Before joining the ACLU, Taylor worked at Lambda Legal Defense and Education Fund (“Lambda”). Taylor began her career as a legal intern in the Transgender Rights Project at Lambda while in law school. She later joined Lambda as the 2017-2019 Tyron Garner Memorial Law Fellow (“Garner Fellow”) in Lambda’s Atlanta office. As the Garner Fellow, Taylor conducted litigation, policy advocacy, and education campaigns, targeting the legal issues impacting the intersection of LGBTQ+, HIV+, and Black status. One year into her fellowship, Taylor was asked to join Lambda as a Staff Attorney, the first time in the history of the fellowship and marking Taylor as the first Black trans attorney hired at both Lambda and the ACLU. At Lambda, Taylor litigated numerous civil rights cases across the country. Taylor served as lead counsel in Kadel v. Folwell, a federal lawsuit challenging the categorical exclusion of transition-related healthcare in the North Carolina state employee health plan, counsel in Fletcher v. State of Alaska, a federal lawsuit challenging the exclusion of transition-related surgical care in the State of Alaska’s employee health plan, Briteramos v. King’s of Cuts, a lawsuit brought under the Americans with Disabilities Act of 1990, successfully challenging a barbershop’s denial of service based on HIV status, as well as Adams v. The School Board of St. Johns County, Florida, which recently secured equal protection and Title IX protections for thousands of transgender and LGB students in the Eleventh Circuit. Taylor also advocated for countless individuals outside of the courtroom during her tenure at Lambda Legal, on issues of education equity, healthcare equity, poverty, and against the carceral state.

Taylor is a board member of the National Trans Bar Association, the first national bar association dedicated to improving the legal profession for transgender, non-binary, and gender non-conforming legal professionals. She is also a longtime volunteer with GLSEN, helping to make schools safer and more inclusive for LGBTQ+ students.